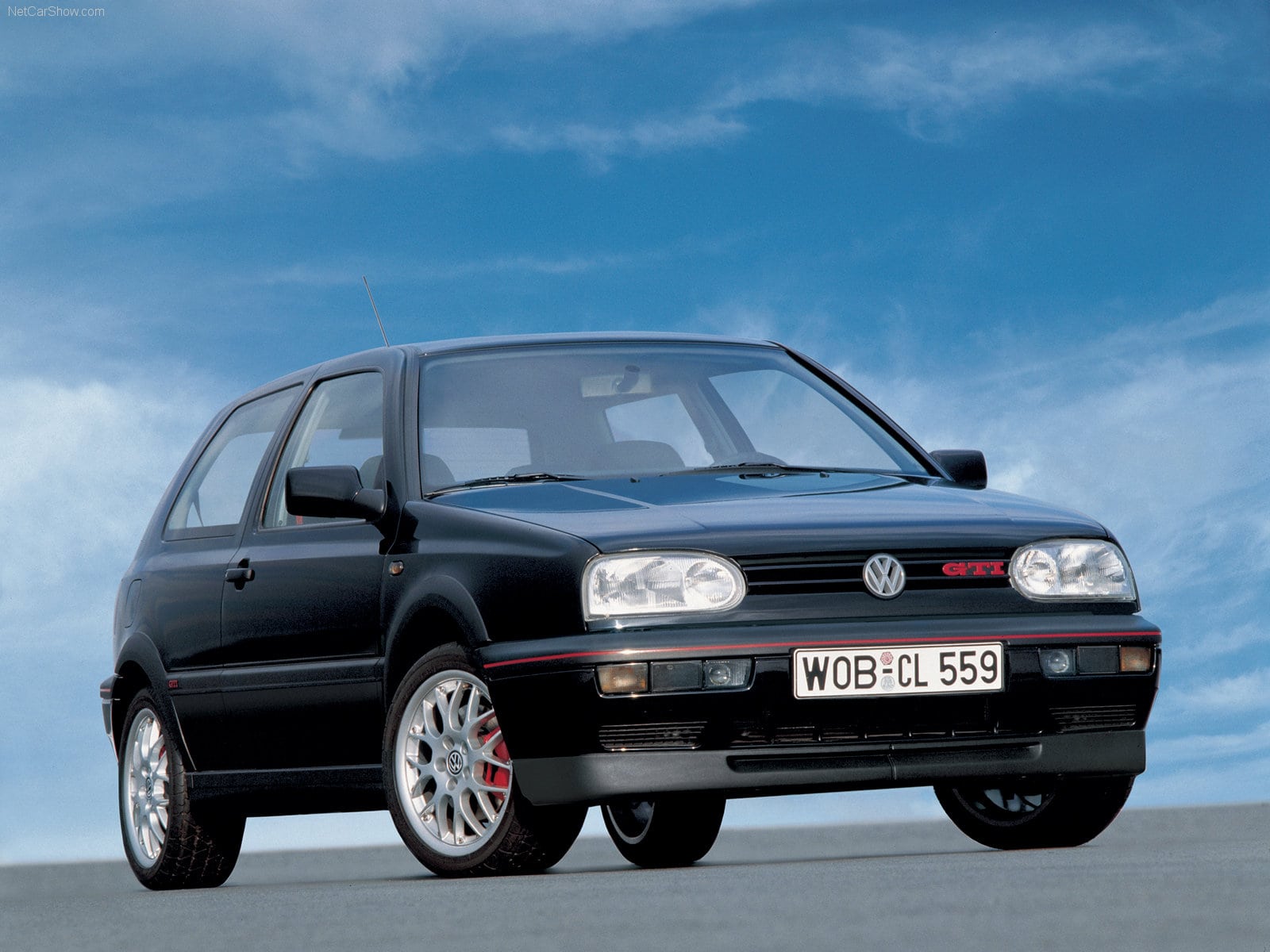 So, the MK3 Golf, considered by few, as really nothing special, it’s usually the purists or lovers of the more modern vehicles that don’t feel it deserves the respect that it gets, but here, we love them. A lot. They have a certain style, a character that’s indescribable, only MK3 owners know what we mean. 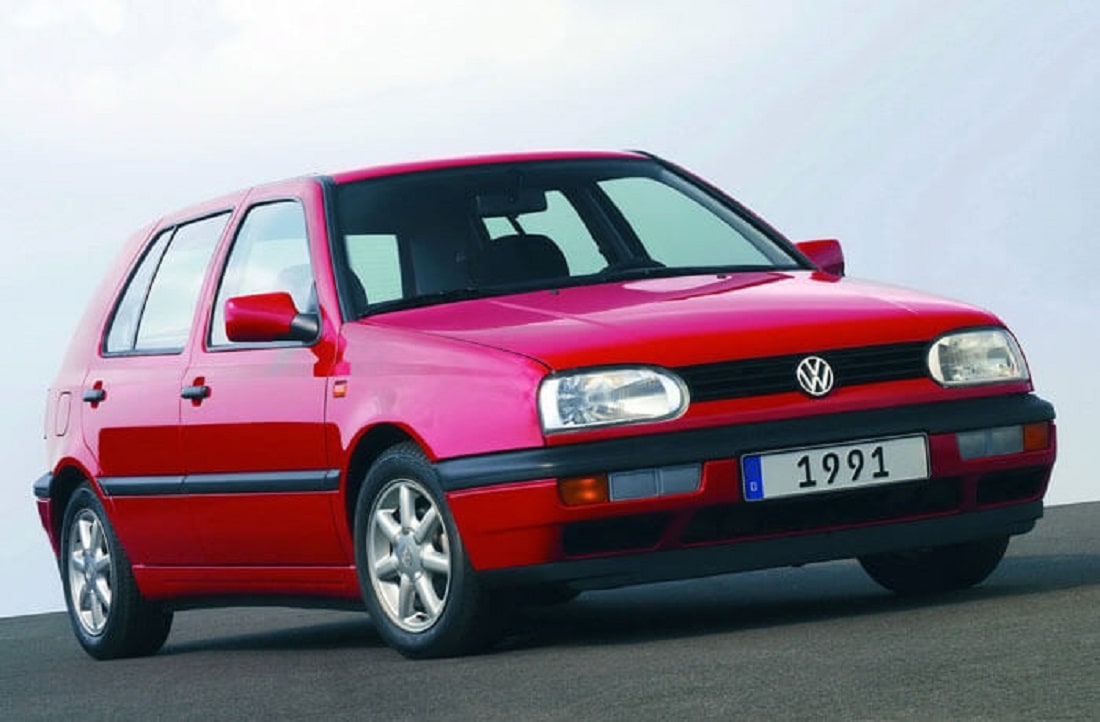 So, as the successor to the ever popular MK2, (which managed to sell well over 10 million cars), VW knew they had to make this 3rd generation bigger and better, but how? Well, with a few firsts for the company, including new technologies, new engines, body styles and models with added special features and designations.

Over its production period, VW released the MK3 in a number of different guises, from the entry level Ryder, with steel wheels and standard interior, up to the VR6 Highline, which boasted the first 6 cylinder engine to be seen in a Golf, and a plush, leather-clad interior, furnished with special wood covered steering wheels and gear knobs. 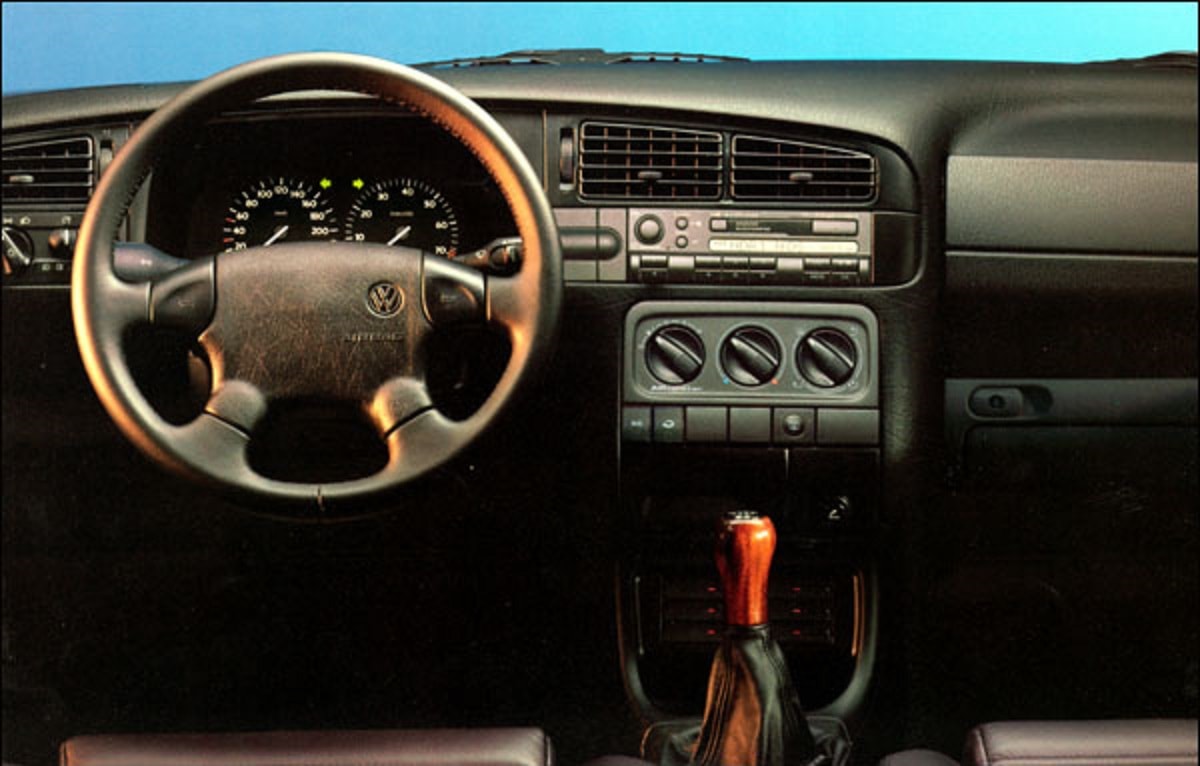 Carrying on with the theme of special editions, VW released 3 models as part of its sponsorship of 3 European tours of the famous rock bands, Pink Floyd, The Rolling Stones and Bon Jovi. Each of the variations of these editions received Stickers of the band names on the rear quarters and tailgate, along with a snazzy interior with the band names stitched into the headrests.

To go with these editions, VW commissioned a range of merchandise, such as t-shirts, pens, models and keyrings.

Later on, in 1996, came the Colour Concept. Available in Red, Yellow, Blue, Green and Black. Furnished with comfy Recaro seats with body coloured centre panels, door cards and gear knob and gaitor, with a leather steering wheel and silver faced dials. These models certainly did stand out from the crowd. 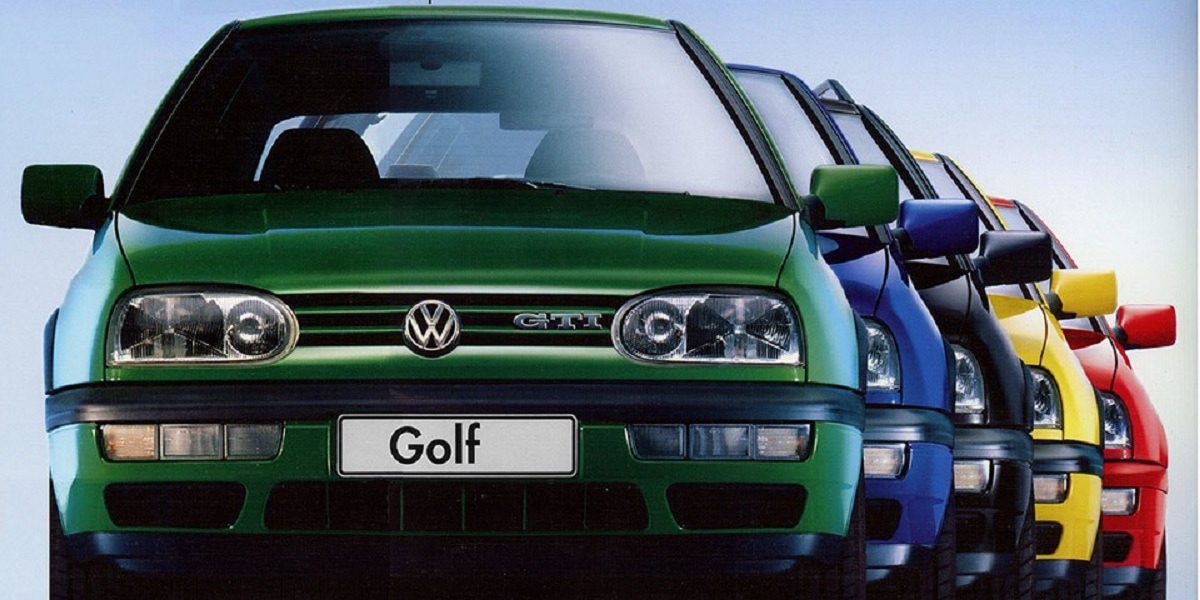 As a celebration of 2o years of the VW GTI, VW made 1,000 of the 20th Anniversary model. Featuring red/black chequered Recaro pews, red seatbelts, and red stitching and accents throughout. It came fitted with 16″ spit BBS wheels too for that extra bit of exclusivity. Nowadays they are sought after, but due to the low numbers made (600 8v, and 150 16v models) they are increasingly harder to come by. If you have one, look after it.

Also in 1996, and unfortunately only available in the US, VW made the Harlequin model. Now, if you’ve seen one, you will definitely remember it. These special cars came in a multicoloured hue, consisting of Tornado Red, Ginster Yellow, Pistachio Green and Chagall Blue. There were 3 base versions, each with a different variation of the classic colours. Many consider this oddly painted GL 5 door the grail of MK3’s, while others look and think, why? One thing is for certain, we absolutely love them here.

Other variations of the MK3 include the Variant, the very first Golf estate car, which today is still very popular, and the MK3 panel van, based on the 3 door hatchback, and fitted with body panels instead of the side rear windows. The MK3 van is a rare thing nowadays and quite sought after among the fans of them. Do you have one? We would love to see it… 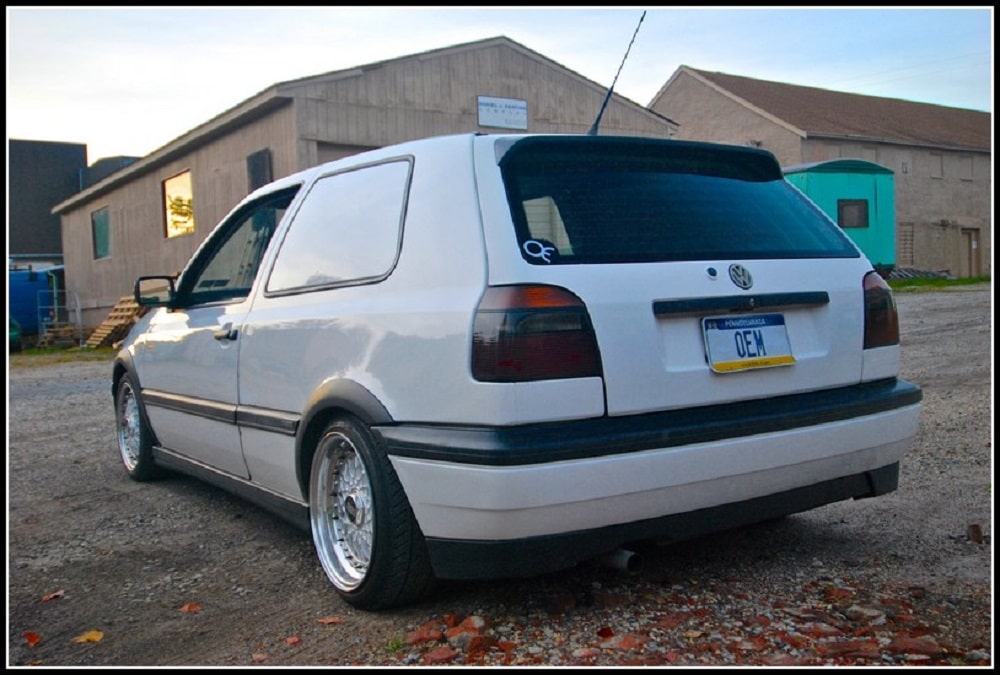 Over the course of the production span of the MK3, there were many, many different specs, styles and extras. Here we’ve shown you our favourites, do you own a special edition MK3? Do you have a high spec Highline? Or anything in between? We would love to see it, please get in touch if you’d like your car featured here in future.